← more from
Far Out Recordings
Get fresh music recommendations delivered to your inbox every Friday.
We've updated our Terms of Use. You can review the changes here. 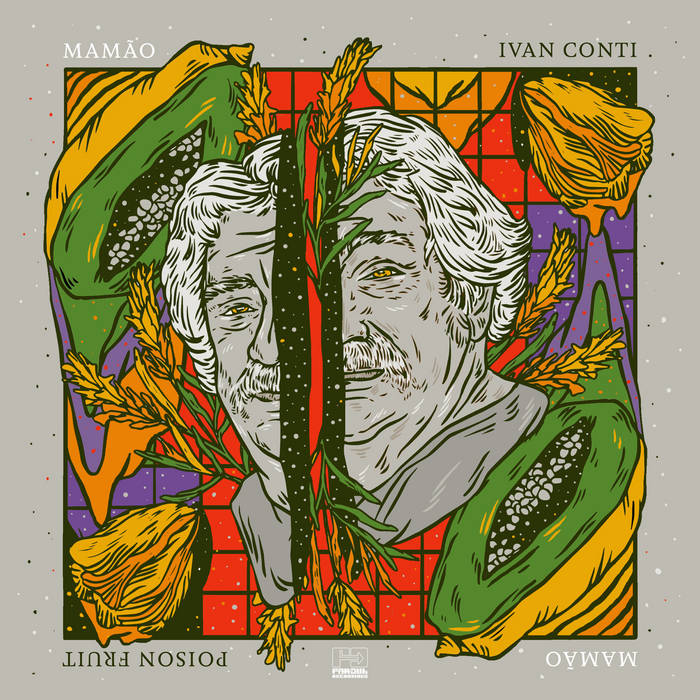 khemet This album is the $h!+.

NON FLYING CARPETS It is a certain feeling you get when listening to Brazilian music .....
Or like Antonio Carlos Jobim used to say " it was writing music or going mad "

PDD Some drum-centric albums grow stale after a few tracks. This one becomes even more interesting and creative, with tracks 8-11 being the highlights for me. One long groove. Favorite track: Que Legal.

From an artist in their seventies, you probably wouldn’t expect to hear an album like this. But Brazilian drumming legend Ivan ‘Mamão’ Conti has been experimenting and innovating for the last half a century. As one third of cult Rio jazz-funk trio Azymuth, Mamão was at the root of the group’s ‘samba doido’ (crazy samba) philosophy, which warped the traditional samba compass with jazz influences and space age electronics. Even with his lesser known jovem guarda group The Youngsters, Mamão was experimenting with tapes and delays to create unique, ahead-of-its-time sounds, way back in the sixties. More recently Mamão recorded an album with hip-hop royalty Madlib under the shared moniker ‘Jackson Conti’.

With his first album in over twenty years, and the first to be released on vinyl since his 1984 classic The Human Factor, Mamão shares his zany carioca character across eleven tracks of rootsy electronic samba and tripped out jazz, beats and dance music. Featuring Alex Malheiros and Kiko Continentino on a number of tracks, the Azymuth lifeblood runs deep, but venturing into the modern discotheque (as Mamão would call it), Poison Fruit also experiments with sounds more commonly associated with house and techno, with the help of London based producer Daniel Maunick (aka Dokta Venom) and Mamão's son Thiago Maranhão.

Take a bite of Mamão’s psychoactive Papaya and join the maestro on a weird and wonderful stroll through the Brazilian jungle.

United by a love for the music of Mamão and Azymuth, the CD and digital edition also feature the previously released remixes and dubs from some of today’s most forward-thinking producers with a penchant for percussion, including IG Culture, the 22a crew, Max Graef and Glenn Astro.

Ivan Conti is one of the greatest drummers on earth. He is Brazil’s answer to Tony Allen, Steve Gadd, and Bernard Purdie. Known by most as one third of Azymuth, his career spans far beyond with over half a century’s worth of recordings with the likes of Milton Nascimento, Deodato, Marcos Valle and Jorge Ben. More recently Mamao recorded an album with hip hop royalty Madlib. ... more

Bandcamp Daily  your guide to the world of Bandcamp

Semiratruth joins the show to discuss their latest release, "loading..".